Here are some topics that our teens are really keen to talk about and share some of their experiences on.

To suggest a topic to be talked about or a question answered by our adopted teens please, click here.

You can talk to other adoptees about your experiences via our forum. There are ADOPTEENS there that will have experienced the same as you, to help you get through it.

I am 16 now and writing you a letter to give you some advice which I wish I had when I was hitting the teenage years. I obviously thought I knew all the answers when I was growing up and that I knew best. I rushed into things heart first, rather than head first and that means unfortunately I didn’t always have a smooth time of it, but I did survived and I learnt a few things on the way which I think are pretty important.

I can’t in reality share this with my 8 year old self, but I can share my pearls of wisdom with any other adoptee who is willing to listen, who thinks that they are the only one, or feels they have to deal with things on their own.

Here are some of the things I wish I had realised sooner;

Top tips for self care Expand

It’s been a rough day…you’re

new to school & had to change class 6 times, dashing around at the end of the day to get to biology, your least favourite subject.  Confronted by a supply teacher who didn’t know you, they told you off because you were late. You didn’t understand  what they were on about in lesson and they snapped when you asked too many questions. It was hard to concentrate anyway as you were too busy thinking about the stupid remark another kid had said about your ‘real mum’ being a loser….

How would you cope?? This is AT-iD’s top tips for self care…

1.  Talking to and stroking a pet. Not only does it calm you down but it really helps knowing they won’t talk back or tell anyone your secrets!

2. Write down one good thing about your day & one rubbish thing and pop them in a jar to read on a later day when your in a mood to reflect.

3. Listen to your favourite music, you cant beat a good tune to pick up your mood.

4. Colouring in or drawing, we like to loose ourselves for a bit in a good picture helps us forget our worries

6. Looking through a memory box can put things into perspective and reminds you of the fun times.

7. A trusted friend who ‘gets it’ and will let you rant is diamond.

8. Disney pixars ‘inside out’ is a great way to help you understand all the mad mix of emotions we feel.

9. Going to church and talking to people who listen & care.

10. Ever tried screaming into a pillow? Maybe when your parents aren’t around!

Feeling Angry? Here's some top tips to help you through Expand

Adopted young people tell us they often feel churned up inside. We all feel this way sometimes, whether it’s because we are adopted or just because we are teenagers. 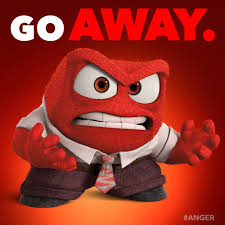 Anger is a hard emotion to manage and it can leave you feeling guilty, shameful or defensive after an outburst.

First thing first though… Anger is a normal emotion that everyone feels, it is part and parcel of being human and it is important to allow yourself to be angry in healthy ways and deal with it. It is not helpful for anyone, most of all you if you push it away. Denying anger can lead to depression, anxiety and self harm.

Below are some helpful ways to deal with that gruesome gremlin ANGER!

Write stuff down. When rubbish thoughts are in your head, they whizz round & round, getting bigger and bigger and generally like to be very unhelpful. Once your feelings/ thoughts are down on pape

r they are out of your head and this makes them into something solid that outside of you. You can do other things with these thoughts then such as putting them in the bin signalling you no longer want them. You can also keep a diary of them along with what time of day it is, where you are and who your with, that way you can learn what triggers anger for you.

Try naming your anger. Giving anger a different silly name that you find funny can really help. I’ve called mine Deirdre (thick Yorkshire accent), Maurice (thick French accent) and Mrs Von Luptonstine.. Naming the emotion helps separate it from you and makes it external. Something you have experienced, rather than a part of you.

Sounds so cliché but breathe – Ever been crying uncontrollably and then taken a deep breath, it actually does slow those tears down! It allows the muscles in your body to relax, causing you and your brain to relax.

Get a really great memory that you can conjure up when you’re sad or mad and think of it. People find this quite hard at first, but once you’v’e got the hang of it, it can really help. I like thinking about lying on a beach in the sun, with my favourite song on and doing a toe dance.

Know what makes you mad and try to avoid it if you can. Hard if its stuff at school, but talk to a teacher about this (who you trust ) and maybe work out a method for taking time out when you need it, like a secret signal or a code word so other kids don’t know your business and you don’t feel different.

The great outdoors… you might think I’m an old fuddy duddy or a tree hugger and you couldn’t think of anything worse that seeing that dreaded GPRS sign on your phone, but being outdoors is great for the soul… its pretty much scientific fact! Even if it’s a 5 minute walk to the local shop. It can work miracles. I was lucky enough to live by the sea growing up so I would walk down to the beach and throw stones into the waves.

Be kind to yourself. Even if you do loose it and shout at someone or do something that’s not really you, try not to beat yourself up. You’re not that person, you’re the person you

want to be. So if you want to be happy, funny, kind and awesome that’s who you are. When you’re angry you’re just having a tough time and you have more than most to be angry about.

Bullying can happen to anyone, but many adopted people experience it and it can be very hard to deal with.

to remember if you are experiencing bullying is that it is not OK, you are not alone and it is not your fault.

I could talk about why adopted people experience bullying, but the best thing to do is NOT to ask why you are being bullied, but to talk to someone you trust about it. This may be a teacher, parent, counsellor anyone who you feel safe with.  Most adults want to help so don’t be afraid to speak up and think it will get

you in trouble. If you really don’t feel comfortable talking to someone you know, you can always call child line 0800  1111

Coping with bullying can make you anxious, affect your self-esteem and confidence, as well as affect your friendships, concentration and overall school performance.

It can also lead to self harm, depression and long term mental illness so it is really important to speak up and address bullying of any kind. ust laid back’ You need to speak up about it and don’t try to deal with it on your own or (as tempting as it may be) retaliate.

Often adopted people are bullied because we are perceived as different, you may even feel different and not like other people. You might feel like it’s hard to fit in and not understand why that is and you may find it harder trusting people or making friendships, but that’s OK. It’s not unusual and again its not your fault. If you feel like this it may help to talk to someone you trust or other adopted people on our forum.

“I was bullied in school for being adopted among other things. It was easier to deal with when I understood that the people who were making fun of me just didn’t know anything about adoption or being adopted. They didn’t know the difference between fostering and adoption. This made it easier because I could make myself think that their comments didn’t upset me because they didn’t even know what they were talking about. I’m 20 now and I found that as soon as I went to college and then to university people were a lot more understanding.”

Need to know more about your story Expand

rom and why they came to be adopted. This curiosity about ones roots, background and family connection is perfectly normal as is th
e wish to know more about the reasons for placement for adoption and what has happened to your birth parents since.

You have something called your adoption file which is a group of documents that were put together at the time of your adoption.

Once you are 18 you can look at your file, but if you are under 18 and want to see this it can sometimes be worked out between the adoption authority and your adoptive parents. Bear in mind that this information can sometimes be sensitive and it may be upsetting to read.

It’s normal and natural to be thinking about your birth family and wondering where they are and how they are.

Once you are 18 you can make your own decision to look for your birth family. If your nearly 18, see below for our advice.

In some special circumstances your local authority or adoption support agency can support you to meet your birth parents before you are 18.

Remember if you want to find your birth parents the search no matter what age you are can be very frustrating and disappointing, even scary. For some people it all works out very easily, for others it may be more complicated. There is no way of knowing in advance.

Either way having support from family, friends, experienced counsellors and others who have been through a similar situation, makes a great deal of difference.

Facebook and other social media is a very tempting way of trying to find people. However, one click or one message can change things and not reversible.

Worried about talking to your adoptive parents? Expand

You may feel worried about talking to your adoptive parents about your adoption in case this upsets them.

They also may not bring up the topic of your birth family in case it upsets you or they may not realise how much you want or need to know about your past. They may be waiting for you to bring it up first or they may find it difficult because of the feelings associated with why they originally adopted you.

However, all of this does not mean that once they know your honest feelings they will not be able to support you and help you with your needs.

If you are don’t know what to say then an adoption support worker can help you think about it, or you can speak to our project worker.